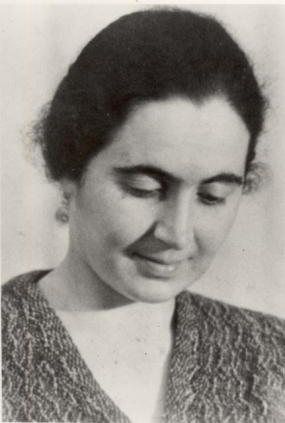 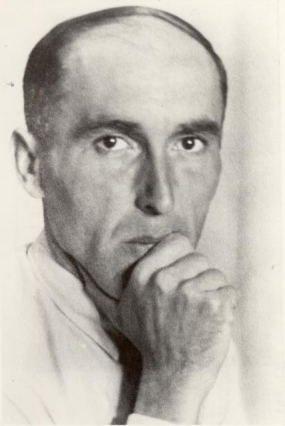 Fritz Tugendhat (1895-1958) and his wife Grete, maiden name Löw-Beer (1903-1970), both came from Jewish German families of industrialists and traders who had lived in Brno for several generations.

The Löw-Beers had settled in Moravia starting in the 17th century and contributed significantly to the industrialization of Czechoslovakia during the between-the-wars period. They owned and operated a range of textile factories, sugar refineries and cement works within the territory of the former Austria-Hungary Monarchy. The factories for woollen fabrics in Brno and nearby Svitávka, where the Löw-Beers had two family villas (the so-called Small Villa was built at the instigation of Grete's father Alfred Löw-Beer according to a project by Josef Nebehostený in the year 1906) ranked among the most significant of these. Grete Löw-Beer married the industrialist Hans Weiss in the year 1922 after interrupting her studies of economics in Vienna. Grete spent the majority of her less than happy marriage, which fell apart after six years, in Germany. Here she also made an acquaintance with contemporary art and architecture. “I  would often visit the house which Mies van der Rohe built for the art trader Perls, at that time inhabited by the art historian Eduard Fuchs. The house was built in a conventional fashion, however, thanks to the trio of glazed doors the living area was opened up to the garden. It also had a clear division of the various living and dwelling spheres. I had also been greatly impressed by the housing estate in Weissenhof.”

The Tugendhats did not have their own companies but were the co-owners of the Brno wool factories Feldhendler et Co. and Max Kohn. They were mainly involved in trade with cloth. Fritz Tugendhat originally wanted to study medicine. He was more interested in the technical side of textile production and the designing of quality fabrics having found himself not particularly successful as a businessman.

Soon after her divorce Grete remarried Fritz Tugendhat who she had known practically from childhood. Both of them decided to settle permanently in Brno and prior to their engagement commissioned a project for a family house from Ludwig Mies van der Rohe. Contact with the architect had apparently been provided by Eduard Fuchs or Mies' colleague Lilly Reich who would frequent the company in Fuchs' house. Grete was the one primarily interested in addressing the renowned artist and had the support of her husband. “I truly longed for a modern spacious house with clear and simple shapes. My husband was horrified by the idea of having rooms full of objects and cloths as he had known from childhood.” Mies arrived in Brno in September 1928 and was impressed by the exclusive plot of land which provided a marvellous view of the historical panorama of Brno, finally accepting the commission. Surprised by the high level of Brno architecture and construction work he did not hesitate to entrust the realization into the hands of a local construction company. The locality in the Brno residential neighbourhood of Černá Pole was given ahead of time as the property was part of Grete's parents', so-called Löw-Beer, Villa. Her father gave the plot to Grete in March 1929 and also financed the construction of the new house. In April 1929 Grete Tugendhat officially requested building permission which was granted in October of that same year. The construction company of Artur and Mořic Eisler began with the construction of the house in the summer of the year 1929 and completed it in fourteen months.   After completion of the interior, the family could move into the house in December 1930. The  Tugendhats lived in the house with their three children, Hana (Grete's daughter from her first marriage), Ernst and Herbert up until May 1938. They left for Switzerland in order to escape the threat of the outbreak of the War and in January 1941 consequently to Venezuela where their daughters Ruth and Marie-Daniela were born in Caracas.

Grete Tugendhat gave a speech in Brno in the year 1969 regarding the circumstances and course of construction of the villa. This talk is a unique source of information about the house for art historians and architecture theoreticians. It was additionally a moving personal communication for art lovers by the woman who had made possible, perhaps unknowingly, the emergence of a work of art which she completely identified with and which became the embodiment of her views of freedom.